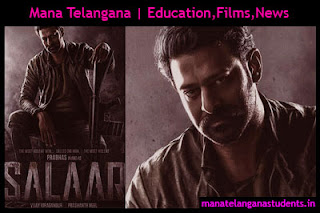 In Telugu film industry the hot topic is all about Prabhas upcoming movie Salaar. ‘Rebel Star’ Prabhas has confirmed his upcoming collaboration with KGF director Prashanth Neel and the project has been titled as Salaar.

Prabhas occupied with the final shooting schedule of ‘Radhe Shyam’ which is taking place at an expensive set in Ramoji Film City.

Coming to the first look poster of the film Salaar was unveiled to a roaring response from netizens and it features the Baahubali actor sporting a moustache and placing his left hand on an assault rifle. The film’s poster has an interesting tag line which reads, “The most violent men called one man the most violent”.