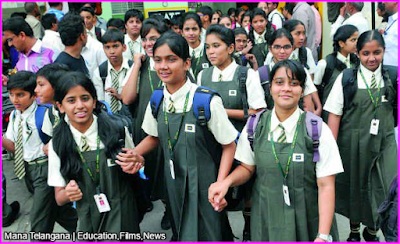 Several Seven student organizations such as PDSU, SFI, AISF, TVV, PDSU (T), AIDSO and AIFDS have called for a bandh on Wednesday in protest against Telangana government’s education policy. This is the second bandh call in less than two weeks when all intermediate colleges and schools will be shut.

The agitating students’ demands include immediate implementation of Kinder Garden to Post Graduation free education scheme and regulation of private school fee as promised before the elections.

``Chief Minister K. Chandrasekhar Rao promised KG to PG free education in the run up to the Assembly elections but nothing has been done till now. In the one year since the formation of Telangana, this government has done nothing for education,” said A Ashok, PDSU general secretary for Telangana State.