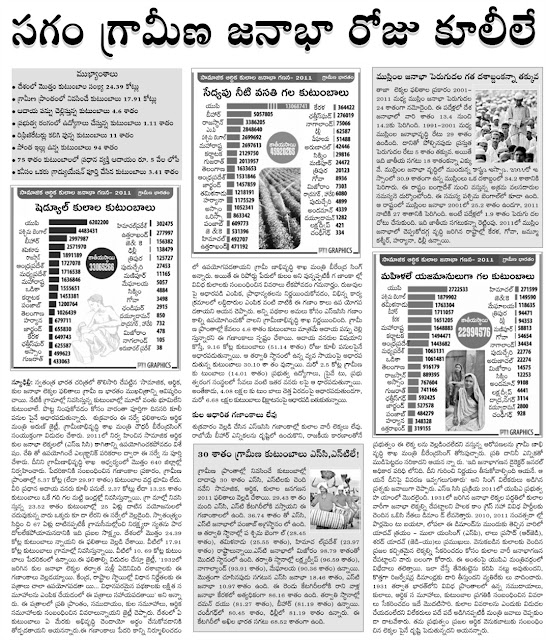 The data, which is yet to be finalized, has not yet been released, but TOI managed to access some of the key findings. The government on Friday released the data for rural areas, while the findings relating to urban areas would be released soon.

Official sources said that such households were identified during the survey covering about 6.51 crore units, which went on for 2-3 years.The criteria that were adopted include the type of shelters they live in, whether they have electricity and water connections, toilet facilities within premises and households headed by both literate and illiterate female members.
E Paper India Mana Telangana Recent Survey Today Hot in News Paper
Share
Tweet
Pin
Send
Share