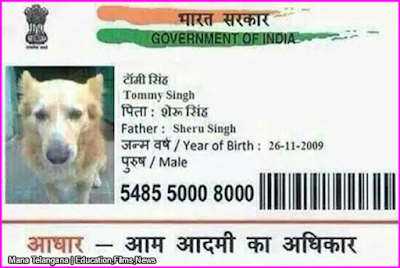 A man who got his dog an Aadhaar card in Madhya Pradesh’s Bhind district was arrested on Thursday.

The card has a photo of the dog with the name Tommy Singh, son of Sheru Singh, and mentions its date of birth as  November 26,2009.

Local police said they are questioning Azam Khan, a supervisor at an Aadhaar enrolment agency in Umri, to find out if he had made such cards for other animals or unauthorised people.

The case came to light after a resident of Kiti village in Umri complained to police that people were experiencing difficulties in getting Aadhaar cards from Khan’s agency which was issuing such cards to dogs and other animals. Police investigated the complaint, recovered the card issued to the dog and arrested Khan.

Town inspector of Umri RS Tomar said Khan had been charged with forgery. 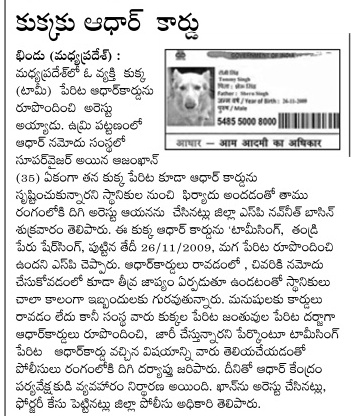