Stephenson: spoke for the first time on the cash for vote scam 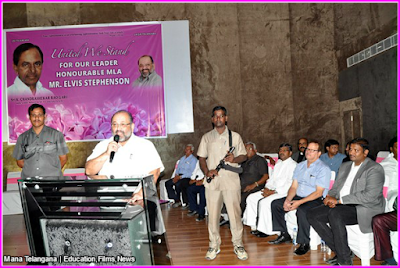 Anglo Indian MLA Elvis Stephenson who is scheduled to give his statement before the magistrate today, spoke for the first time on the cash-for-vote scam on Tuesday.


Speaking at the support meet held for him by the Anglo Indian Community in the city, Stephenson said that he knew what he was doing and he did that for the people of Telangana state. "I did it for the benefit of the state. If one Elvis dies there will be thousands like him," he added.