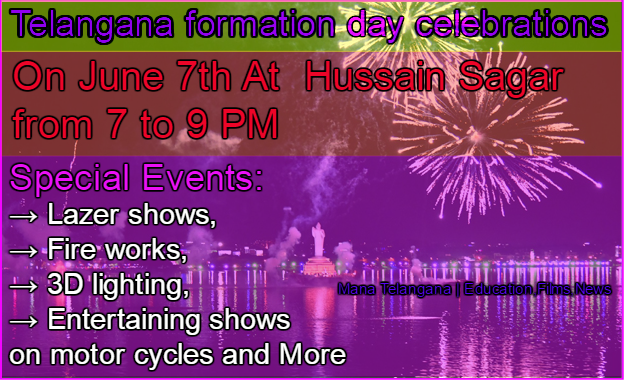 The Telangana government would conduct a grand event at the picturesque Hussain Sagar Lake here on June 7 to mark the conclusion of Telangana state formation day celebrations.

The event, to be attended by about one lakh people, would be held from 7 to 9 PM, a state government release said.

Laddus will be distributed to about one lakh people on the occasion, it said.

Various events are being held as part of the formation day celebrations since June 2.