TS RTC: Bandh from Today Midnight till 30 to 40 days 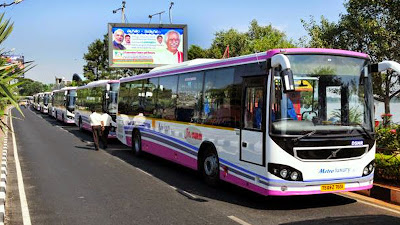 Road Transport Corporation unions have announced going on strike, halting complete operations in Andhra Pradesh and Telangana from Today midnight following failure of extensive talks that were held between unions and RTC authorities.

N Sambasiva Rao, RTC MD, said that the corporation is ready to give 22 per cent fitment but not the 43 per cent that was demanded. The official pointed out that the timing of going on the indefinite strike is wrong given the fact that exams as well as summer vacations are ongoing, which may cause inconvenience to commuters.

After talks failed with the RTC unions, officials had asked for around 30 to 40 days time to meet their demands but unions are persistent that the indefinite strike will begin from Today Midnight.

All RTC unions had jointly served a strike notice on April 2 to the authorities, demanding a speedy bifurcation of the bus corporation for effective functioning as well as announcement of a fitment hike of 43 per cent.

Earlier in April, around 20,000 RTC workers from Andhra Pradesh and Telangana divisions had laid siege of Bus Bhavan in Hyderabad to press for their demands.

“The talks have failed with the authorities. The indefinite strike will begin from today midnight,” said Ashwathama Reddy of Telangana APSRTC Mazdoor Union.