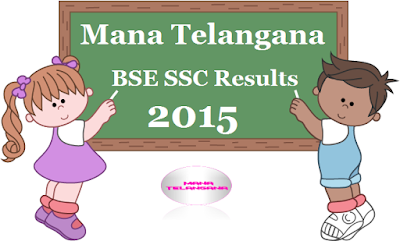 The Board of Secondary Education (BSE) Telangana (popularly known as the SSC board) is expected to announce the Telangana  TS SSC Result 2015 Results  on 16 or 17 May, 2015 along with the Telangana SSC supplementary results 2015.

Students can get their TS SSC results on the following websites:

The TS class 10 students can also get their BSE Telangana SSC 2015 result on mobile phones via SMS. They just need to send the following SMS to 56263:

The TS Secondary School Certificate (SSC) examinations were conducted from 25 March till 11 April, 2015. This is the first time the exam was held in the newly formed state of Telangana. Around 5.65 lakh students appeared for the BSE Telangana SSC exam.