Swachh Telangana: mandatory for the students to take in the developmental activities 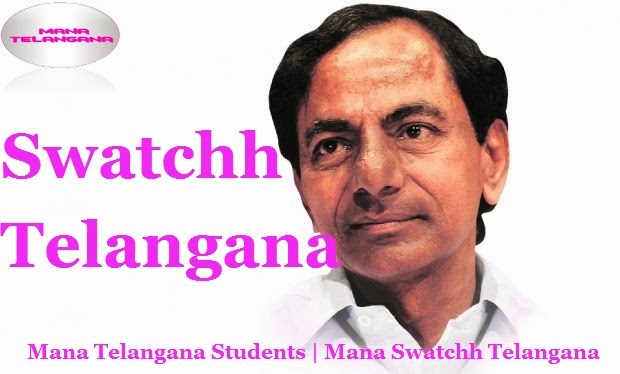 According to the schedule released by the Deputy CM and Education Minister, Kadiyam Srihari, all students have to clean up their colleges on fourth Saturday of every month

Starting from the new academic year, the students in the government degree colleges and polytechnic colleges will have to participate in the Swachh Bharat, Swachh Telangana programmes in their respective colleges. To give a holistic development, the government has made mandatory for the students to take in the developmental activities. Besides Swachh Telangana, the government has also introduced the Haritha Haaram and Hobby Day in the curriculum of degree and polytechnic courses.

According to the academic schedule, released by the Deputy Chief Minister and Education Minister Kadiyam Srihari on Wednesday, all students have to cleanse their colleges on fourth Saturday of every month. To give a boost to the Haritha Haaram programme (plantation), the government wants students to take part in planting saplings to achieve the target of 1 lakh sapling and a day has been given to the colleges to conduct the programme.

For the students who wish to take up their hobby, the government has allowed a day in a month as Hobby Day. Students can pursue their favourite hobby on that day. On the other hand, the government would provide free coaching for the students who wish to appear for the Engineering Common Entrance Test (ECET). The classes would be begin in November and would be held till February.

A Senior Official of Technical Education said for the first time the government has decided to coach students for ECET. “Experts in the field would be roped in and students would be trained for the examination in their respective colleges,” an official added. This curriculum is applicable only to 127 government degree and 52 government polytechnic colleges but not to the private institutions.

Meanwhile, the government will alter the timings of the degree colleges in the State. The degree which been working from 10.30 am to 5 pm, will have to work from 9 am to 3pm. A circular to this effect will be issued by the Commissionerate of Collegiate Education in couple of days.

A senior official of Commissionerate of Collegiate Education said students in the rural villages fail to turn to the colleges due lack of bus facilities. “Several RTC buses are scheduled during the school timings and very few buses are seen between 10 am and 11am. As a result students fail to turn to the colleges. Hence we decided to replicate school timings,” an official added.