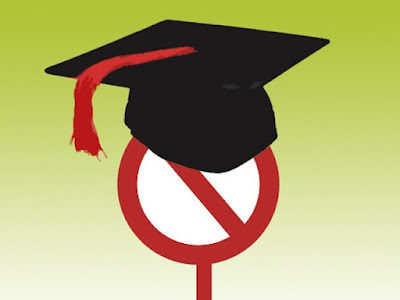 As many as 878 teachers and headmasters, working in government schools across the state, might soon face termination, the government said after it found out that they obtained jobs through bogus certificates.

"Currently, all of these employees are being tried by the administrative tribunal, if the charges are proved then they would have to face stern action which can include termination from service and initiation of criminal charges," said T Chiranjeevulu, director, school education department.

The highest number of teachers i.e. 300 with fake degrees hails from Medak district. Most of these teachers are said to be still in service, especially around the city's peripheral circles such as Vikarabad and Saroornagar.

"A government teacher job has become very attractive. There is no sense of insecurity, besides pay being decent, no wonder then people go to any length to get the job," said renowned educationist Prof G Haragopal. He further went on to blame the rapid commercialization of education for the spurt in the racket.

In some cases, the teachers even produced certificates of non-existent courses from distance universities.

The officials concerned say that there is a complex ring of operators who supply fake certificates to those who are in dire need of jobs. They usually copy the marksheets of students studying in these universities and then replace the name with that of their clients.

Mostly certificates of B.Ed and MA (English Lit) from such institutions as IGNOU and Bangalore University were forged by the unscrupulous elements. Some teachers even got away with forging certificates of different Vidhyapeeths that are not competent to issue certificates.

"There were some colleges under IGNOU which were de-recognised after a similar scam came to light, a few years ago," said Haragopal.