Free Internet For All :Internet.org 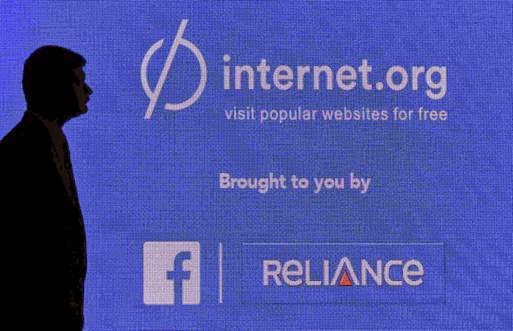 Facebook announced a partnership with Reliance Communications to launch in India Internet.org, a service which facilitates access to select websites for free. The social media giant reckons this is for the social good. Internet.org critics, however, believe that it presents a challenge to the neutrality of the Net.

Cyberscholar and Internet activist Ethan Zuckerman is one such critic. Zuckerman, the director of the Center for Civic Media at MIT as also a principal research scientist at the MIT Media Lab, tells The Hindu in an email interview that “Internet.org seems less focused on bringing the whole, open internet to the world than it does to bringing access to a small, limited set of services... which, problematically, includes Facebook.”

Zuckerman's research, as his official profile states, “focuses on the distribution of attention in mainstream and new media, the use of technology for international development, and the use of new media technologies by activists.” He is the co-founder of the blogging community Global Voices, and the author of ‘Rewire: Digital Cosmopolitans in the Age of Connection.’ His interview is here:

What do you think of the possibilities of the initiative (Internet.org), whose stated aim is to bring internet to those who don't have it?

It’s hard to argue with the stated intent of bringing the internet to those who do not have it. But thus far, internet.org seems less focused on bringing the whole, open internet to the world than it does to bringing access to a small, limited set of services... which, problematically, includes Facebook. If Facebook were donating millions or billions to upgrade infrastructure - or even to lobby mobile phone carriers for cheaper data services for all - it would be less troubling. But instead, they're offering a limited version of the internet, one that centers on Facebook, to low-income internet users. That raises real concerns that this is not a charitable effort, but a customer acquisition strategy.

Critics have pointed to the initiative being against the principles of Net Neutrality. What do you say regarding this?

It's hard to think of an effort that more blatantly defies the principles of Net Neutrality. In the US, we worry about cable and mobile phone companies slowing access to some services. With this service, competing social networks like Twitter, Weibo or Google+ are inaccessible unless you upgrade to a data plan. If Facebook were simply concerned with providing internet access to the poor, they'd build open access that allowed their users to choose what tools they wanted to us.

Facebook has been incredibly successful moving into new markets - in nations like Myanmar, that just got onto the internet, Facebook is the dominant brand. You can ask people if they're on the internet and they'll say “no”; ask if they're on Facebook and they will say "yes".

With internet.org that will be literally true - they won't be on the internet, but on Facebook's limited walled garden.

How can societies and regulators deal with this?

Facebook and other participants in internet.org have raised real and significant issues about the cost of mobile access to the internet. Regulators should look closely at costs of mobile internet and put steady pressure on mobile phone companies and other ISPs to ensure data access is affordable.

But zero-rating, which is the idea behind internet.org, is deeply troubling. Regulators might consider following Wikipedia's approach, which seeks to guarantee that zero-rating cannot be used to provide a competitive advantage for one company over another. (I think Wikipedia should be objecting to how internet.org is using their site.) In general, I think zero-rating should be seen as problematic in the way that degrading traffic is seen as a problematic attack on net neutrality.
Facebook Free Internet for all Global Internet.org Relince Communications Social Network
Share
Tweet
Pin
Send
Share